b. 13 April 1746, d. 12 December 1817
Family
John Jacob Fehler was born on 13 April 1746 in Tulpehocken Township, Berks County, Pennsylvania.4 He was the son of Jacob Fehler and Anna Margaretha Loewengut.2,3 He was baptized on 8 June 1746 in Christ Evanangelical Lutheran Church, Stouchsburg, Tulpehocken Township, Berks County, by Rev. John Casper Stoever. Sponsors for the baptism were John Jacob Hoffman and his wife.5 He married Anna Eva Behney, daughter of George Peter Behney, on 26 October 1767.6 He died on 12 December 1817 in East Hanover Township, Lebanon County, Pennsylvania, at age 71.7,8 He was buried in Sattazahans Lutheran Church Cementery, Hanover Township, Lebanon County.7
John Jacob Fehler was known as Jacob Fehler. East Hanover Township where Jacob and Eva lived and are buried became part of Union Township, Lebanon County in 1842.
John Jacob Fehler left a will dated September 1817. The will read as follows:
Will of Jacob Fealer of East Hanover township farmer, beloved wife (Par - - - ) Fealer her, bed and bedstead and the bedding, woolen cloth and two, rye, wheat, Indian corn, buckwheat, hackled flax, wool, sheers, one fat hog weighing one hundred and fifty pounds ten pounds of coffee ten pounds of sugar one half bushel of salt one half pound of pepper one half pound of allspice, firewood cut for the stove, six bushels of potatoes, one third of the garden which is to be dunged for her, cider apples, pears and peaches all to be delivered by my son Christley Fealer or the owner of the plantation yearly. My wife is to have her choice of a cow and my son Christley is to feed it for her and my wife is to have liberty in the house, kitchen, celler and spring house and to have her choice of the iron pots and pans, two pewter dishes one pewter bason six plates and six spoons two buckets and two tubs, daughter Barbara two beds and bedsteads and bedding and her chest, linen and woolen cloth the large copper kettle the kitchen dresser one third part of the garden and one half acre for potatoes one eighth of an acre for flax also to have rye, buckwheat, corn, cider, peaches, pears, one hundred wieght of pork and fifty pounds of beef, firwood, one iron pot, one cow and one sheep and son Christian is to provide these articles for her and feed her cow and her sheep and daughter Barbara is to have the same liberty in the house as she now has and if son Christian and daughter Barbara will not live together son Christian is to build and furnish a house for her and build a stable for her cow and put a ton of hay and she is allowed to cut grass in the fence corners for her cow. Executors are to pay my daughter Barbara a one hundred pound, from my estate. Son Christly the remainder of the house and land in East Hanover township adjoining George Fealer and Adam Fealer containing one hundred and fifty acres except that bequeathed to my wife and daughter Barbara, the horses, gears, wagon, plough, ha row windmill for three hundred pounds of which fifty pounds are to be for his share, the moveables are to be sold by my Executors and fifteen pounds to my son Jacob, fifteen pounds to son John Fealer. Daughter Eava intermarried with John George Nidig (which he has already received) Christiana intermarried with - - - Hershberger, Peter, Magdalena intermarried with - - - - Handshue, Mary intermarried with Jacob Houtz (Anna Maree) all to have sums amounting to fifty pounds each so that they are equal to their brothers Adam, Leonard, George and Christley. Sons Adam, Leonard and George have got land of me and have been allowed fifty pounds in their land. Beloved sons John Adam Fealer and Leonard Fealer of East Haover township. Executors; dated September 1817 probated October 28, 1817. Witnesses John Woods and Jacob Beashor.9 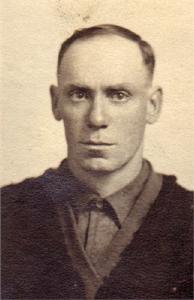 Levi Phillips
Levi Henry Phillips was born on 25 March 1886 in Oil City.1 He was the son of Charles Henry Phillips and Emeline Motter.1 He married Flora B. Miller, daughter of Fred Miller and Matilda Winger, on 7 December 1906 in Methodist parsonage, Jamestown, New York.3,4 He died on 26 July 1976 in Sisters of Charity Hospital, Buffalo, New York, at age 90.1 He was buried in Sunset Hill Memorial Gardens, Cranberry Township, Venango County.1
Levi Henry Phillips and Flora B. Miller lived in Oil City, Venango County, Pennsylvania, where Levi worked as a machinist and a laborer at odd jobs.5,6

He and Flora B. Miller had no children.7

b. 29 October 1889, d. 29 December 1976
Family
Flora B. Miller was born on 29 October 1889 in Oil City, Venango County.1 She was the daughter of Fred Miller and Matilda Winger.2,3 She married Levi Henry Phillips, son of Charles Henry Phillips and Emeline Motter, on 7 December 1906 in Methodist parsonage, Jamestown, New York.1,4 She died on 29 December 1976 in Buffalo, New York, at age 87.1 She was buried in Sunset Hill Memorial Gardens, Cranberry Township, Venango County.1
Flora B. Miller and Levi Henry Phillips lived in Oil City, Venango County, Pennsylvania, where Levi worked as a machinist and a laborer at odd jobs.5,6

She and Levi Henry Phillips had no children.7

b. 26 February 1870, d. 13 August 1959
Family
Matilda Winger was born on 26 February 1870 in Oil City, Venango County.1 She was the daughter of Samuel Jesse Winger and Christina Jane Winger.2 She married Fred Miller in 1889.1 She died on 13 August 1959 in Fairview Mack Convalescent Home, Erie, Erie County, Pennsylvania, at age 89.1 She was buried in Brandon Cemetery, Cranberry Township, Venango County, Pennsylvania.2

She died on 30 December 1951 in Oil City at age 63.1 She was buried in Grove Hill Cemetery, Oil City.1
Emma Florence Phillips and John Ernest Schumacher lived in Oil City where Jack worked on the Pennsylvania Railroad.5,6,7,8,9

He died on 2 November 1955 in Oil City, Venango County, Pennsylvania, at age 67.5 He was buried in Grove Hill Cemetery, Oil City.6
John Ernest Schumacher and Emma Florence Phillips lived in Oil City where Jack worked on the Pennsylvania Railroad.4,3,7,8,9 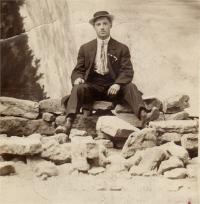 Charles A. Phillip, Niagara Falls
Charles Augustus Phillips was born on 5 August 1890 in Oil City.1,3 He was the son of Charles Henry Phillips and Emeline Motter.1 He married Anna Williams on 9 October 1911 in Niagara Falls, New York.4,5 He died on 10 September 1956 in New Smyrna Beach, Florida, at age 66.1 He was buried in Grove Hill Cemetery, Oil City.1
Charles Augustus Phillips and Anna Williams lived in Oil City, Venango County, Pennsylvania, where Charles worked as a plumber until about 1946 when they moved to Oak Ridge, Tennessee. There he was employed in the construction of an atomic power plant.6,7 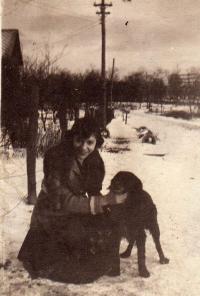 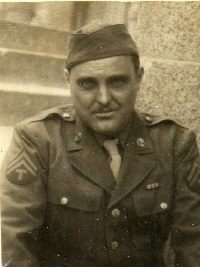 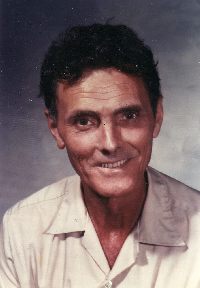